WHETHER it’s an overarching style for a home, a piece of furniture or a particular colour scheme, there are certain design and styling trends that are popular in Brisbane, including in the inner-eastern suburbs.

Here are some of the hottest right now, as named by some our favourite interior design and styling experts:

There are two interpretations of the classic American Hamptons style, says Meagan Ryan, Director and Interior Designer at The Olive Tree Interiors.

One embodies grandeur and exaggerated finishes, such as chandeliers and high ceilings. The other is far more relaxed and functional, with a coastal vibe and just a pop of glamour, whether that be in lighting or cabinetry. This style generally features a combination of American, English and French furniture, in neutral tones and crisp whites, Meagan adds.

“What east Brisbane seems to be embracing about Hamptons style is the crisp whites and neutrals, Delftware and Chinese porcelain, orchids, polished chrome hardware, weatherboards, parquetry flooring and detailed panelling and cabinetry, coach lights, blue and white fabrics and soft furnishings in paisley and plaid,” she says. The Hamptons style is a perfect fit with the architectural styles in the older suburbs of east Brisbane, especially Federation and Colonial homes, says Meagan, but she adds that purpose-built Hamptons-style homes are popping up everywhere.

“It’s a popular style for its classic backdrop, and relaxed coastal vibe. It’s inviting and feminine, and has a calming colour palette which makes the space liveable and cosy.”

When it comes to colour schemes and materials that are currently trending, Tahli Accad of Property Styling company Furnish and Finish says finishes in bathrooms and kitchens are currently taking a natural turn.

“Timber benchtops or cabinetry add an element of warmth to these much used spaces,” Tahli explains. The Japanese-influenced architectural and interior design trend of “less is more” is not only being used in homes across Brisbane, says Meagan, but is being adopted as a way of living.

That’s partly due to the awareness of the impact mass-produced furniture and homewares has on our environment, but it’s also part of a desire for people to simplify their lives, she explains. “Minimalism has taken hold because of its flexibility, and it allows clients to have a space that doesn’t create visual noise. People are opting to live a simpler life, with minimal ‘stuff’ that often clutters their homes with no purpose other than to look nice.”

The focus of minimalism is bright, light and airy open spaces, spare, minimal furniture and decorative items, and an emphasis on function, according to Meagan.

“It’s easily adapted to different architectural design styles and can be created on a budget, or for those wanting to purchase quality furniture pieces, it will not cost the earth,” she says.

This design trend is being revived, and is popping up in linear style homes and apartment buildings, according to Meagan.

It incorporates bold art deco motifs, lacquer and gold furniture, polished wood, sultry architectural curves and furniture, and mirrored finishes, she says, adding that her clients are tending to pare this traditional art deco look back.

“I believe its popularity is remaining strong due to the visual appeal and interest,” Meagan says. “It makes a bold statement, yet exudes elegance and style.”

Prevalent in the early-to-mid 20th century, this design style can most easily be recognised by furniture created by some of the great furniture designers, including Charles and Ray Eames and Frank Lloyd Wright, says Meagan.

In Brisbane it’s most popular in apartment living or 1950s or 1970s-built homes, but it suits most home designs from the 1950s onwards, she says.

“Mid-century modern has remained one of the most popular styles as it allows for experimenting in colour and finishes, with bold furniture and soft furnishing choices, allowing clients to express their personality and add character.

“Furniture, finishes and decor items including art and wallpaper is readily available in retail stores, which makes it accessible to everyone.”

These seem to go in and out of vogue over time, but Tahli says wallpaper or feature walls add interest to any space in any home, which is why it’s a popular design trend at the moment.

She notes that floral wallpaper in particular adds not only another dimension, but creates textural interest to a space.

When it comes to picking particular furniture pieces, Tahli says ottomans are proving to be a popular choice.

They can extend a living space or add another element to a bedroom, she says.

“Upholstered ottomans are a great way to lengthen a lounge setting, add additional seating and create a stylish finish to any property.

“They can be custom upholstered in any colour or fabric, to suit any room and coordinate in with the existing pieces.”

Those looking to add personality to their home are currently choosing detailed or patterned bedheads rather than going for something plain.

A feature like this will transform any bedroom and create a focal point, particularly in a master bedroom, according to Tahli.

“Bedheads can be custom made to accommodate any room and suit all property types,” she says. 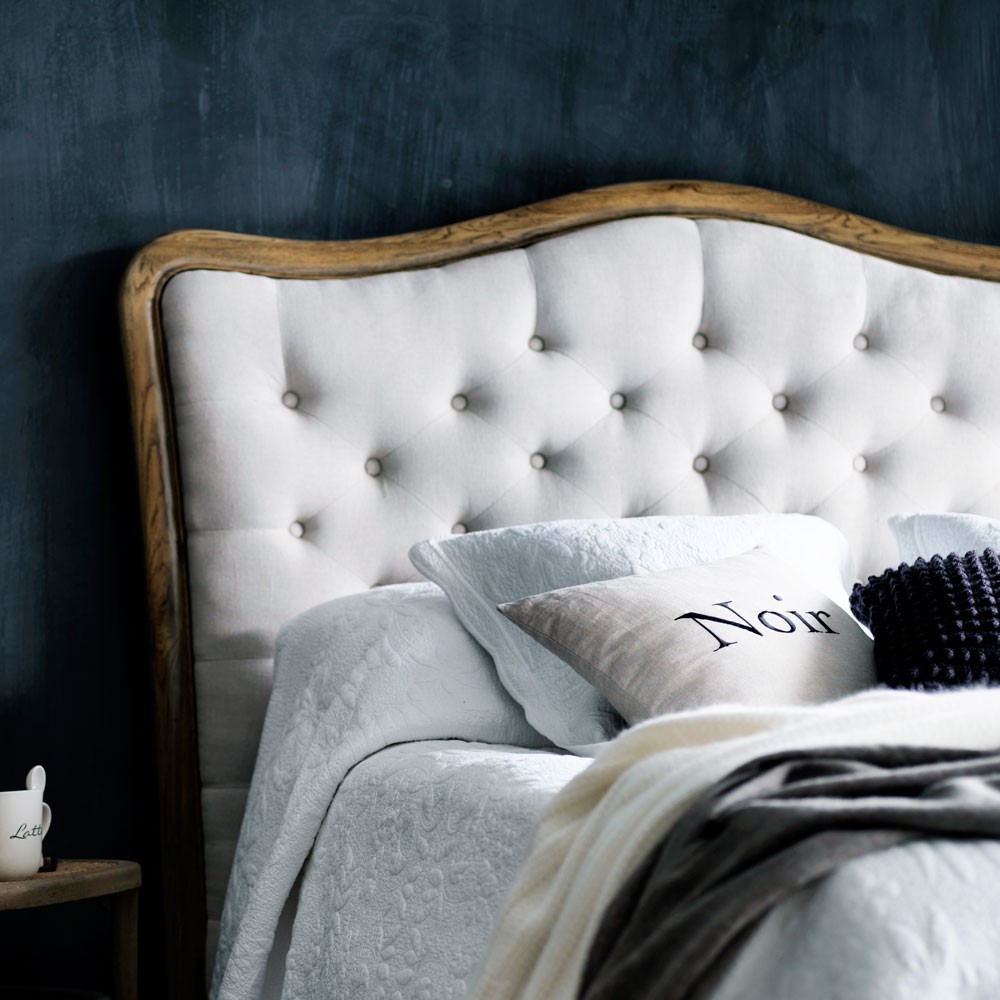 5 Small Bathroom Challenges & How You Can Fix Them